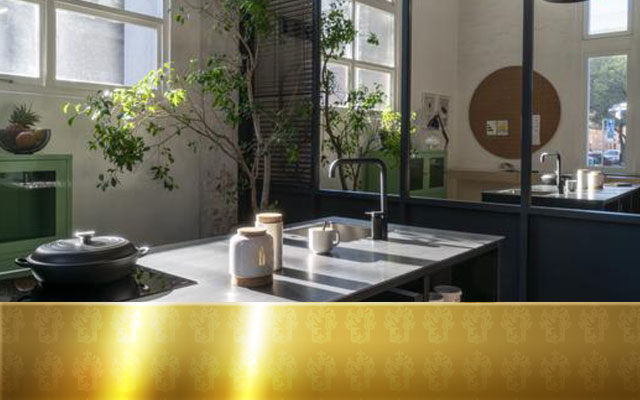 Cape Town designers have walked away with the top honours at 100% Design South Africa – a design show taking place in Midrand, Gauteng.

Student Ben Orkin and business owners Marco Simal and Justin Rhodes had the best product designs in the country, according to the judges.

Orkin won the Best of 100% New Talent Award for his Ceramic Vessels.

The new talent award recognises a new designer or image maker who displays creativity and innovation.

The pair are based at the Tiny Empire co-working space, which they also conceived, in Buitenkant Street.

The Cape Town-based designers were honoured at a gala evening at the Gallagher Convention Centre in Midrand on Thursday.

Orkin said he was “incredibly honoured” to have won the award: “It’s crazy and the most rewarding feeling when you receive amazing feedback like this for doing something you love, and have been working really hard at.”

Orkin, who is in his second year of studying fine art, draws inspiration from city architecture for his designs.

“I then translate these very block-like rigid shapes into more organic rounded ceramic vessels. These new shapes that I create often remind me of abstracted human forms posing really awkwardly,” he said.

Mother City Hardware specialises in local manufacturing and their Kitchen Island won the prize because of its functionality, compact space and convenient kitchen settings.

“We feel honoured to have received the award. We are thrilled to have had the opportunity to present and receive such great feedback from trade and the public over the past few days at the show,” said Simal.

Tiny Empire was named by the online mens’ store Mr Porter as the number one co-working space in the world.

The winners of the 100% Design Awards were chosen by an independent panel of 10, who included publishing editors, other members of the media, designers, taste-setters and influencers.