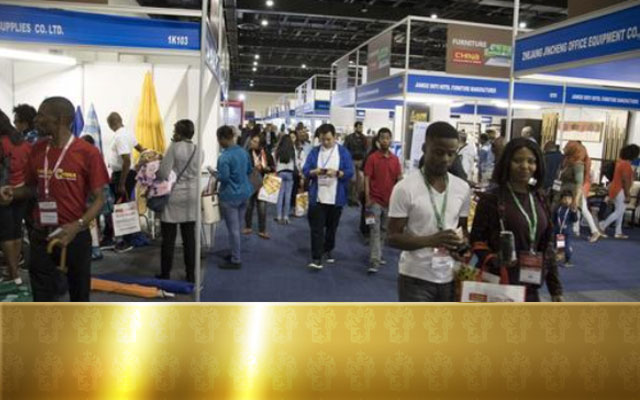 This year’s China Homelife and China Machinex co-located shows, hosted at Gallagher Convention Centre from September 26-28, are the most effective sourcing platforms for buyers seeking to do business with leading Chinese companies and manufacturers and equally so for the Chinese manufacturers to showcase their diverse array of quality products to Southern African buyers.

Through these business-to-business fairs, potential partnerships between buyers in Africa and relevant superior suppliers and manufacturers in China can be identified and harnessed to ensure strategically aligned and mutually beneficial trade relationships.

“Over the past three years, we have seen tremendous growth and have watched this exhibition grow from strength to strength in the South African market. In 2018, we will see 300 more exhibitors in South Africa to showcase a broader array of products,” says Binu Pillai, Chief Operating Officer of Meorient International Exhibition.

“We really believe that this platform positively impacts trade relations between the two countries and look forward to growing China Homelife and China Machinex year-on-year. The more business conducted over the three-day period results in more growth for South Africa and its diaspora.”

China Homelife and China Machinex have not only gained traction in South Africa but with neighbouring countries as well. The shows will this year also welcome visitors and buyers from seven other African countries, namely; Botswana, Namibia, Mozambique, Swaziland, Zimbabwe, Zambia, and Angola. The shows hope to enable other African countries to form long-lasting business relationships with top Chinese manufacturers and suppliers.

“While China Homelife and China Machinex are hosted in South Africa, the appeal to African buyers is big. We look forward to not only boosting trade relations between China and South Africa, but to boosting trade between China and Africa in general. It is wonderful to be able to provide the opportunity for buyers from across the continent to visit us in South Africa and conduct business, driving up economic growth in their respective countries,” says Pillai.

Furthermore, China Homelife and China Machinex also provide an effective and interactive 24/7/365 matchmaking programme for Chinese suppliers, manufacturers and buyers alike. The Online to Offline (O2O) campaign has been specifically designed to strategically bring Southern African buyers and Chinese suppliers and manufacturers together virtually, prior to the shows, during the event and post the event, allowing both interested parties to begin the vetting process and initial conversations and rolling it out to successful negotiation and confirmed order.

This virtual programme, will assist all interested parties by identifying hot leads and pairing buyers with suppliers and manufacturers who are purposefully aligned to their business objectives. Once buyers have utilised this programme, they will be able to schedule prearranged offline meetings with their suppliers and manufacturers of choice, who will be onsite to finalise negotiations and seal the trade deal.

This programme will also allow for suppliers and buyers to continue further discussions post event. This interactive programme will create a greater return on investment for all participating parties as it encourages buyer-seller interaction before meetings are conducted face-to-face.

Entrance to China Homelife and China Machinex is free and buyers can pre-register in advance via http://www.chinahomelife.co.za  and www.chinamachinex.co.za.

Explore, Discover and Connect – it’s beyond an exhibition!