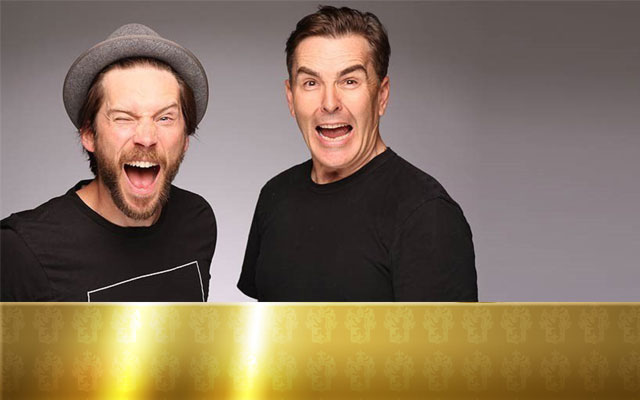 30 May 2019, Reed Exhibitions Africa and ReedPOP today announced that American voice actors Nolan North and Troy Baker will be appearing at Comic Con Africa in September 2019.

Nolan North is both an actor and a voice actor and is known for characters such as Nathan Drake from the Uncharted series, Desmond Miles from the Assassin’s Creed series, Meepo the Geomancer in Dota2, Penguin in Batman – Arkham Franchise and Captain Martin Walker in Spec Ops: The Line. North has also voiced Superboy, Superman, and other characters for the Young Justice animated television series as well as the title character from Blaze and the Monster Machines on Nick Jr.

Troy Baker has become one of the most prolific actors in video games. His performances as Joel in Game of the Year The Last of Us and Booker DeWitt in Bioshock Infinite has solidified him as an icon in gaming today. Troy has been nominated three times for Best Performer at the BAFTA’s for Uncharted 4: A Thief’s End (Sam Drake), Far Cry 4 (Pagan Min), and The Last of Us (Joel).

Troy will reprise his role as Joel in the highly anticipated The Last of Us: Part Two, as well as star alongside Norman Reedus and Mads Mikkelsen in Hideo Kojima’s auteurist endeavour Death Stranding. While he’s long worn the cowl as Lego Batman, he’s the only actor to have played both Batman and the Joker in the same film (Batman vs. Teenage Mutant Ninja Turtles).

To add to the ever popular gaming features at Comic Con Africa this year the event will also be introducing exciting additions that will cater for all gamers including free play zones and other tournaments that will be announced in due course.

Comic Con Africa will be held from 21 – 24 September 2019, at Gallagher Convention Centre in Midrand. Comic Con Africa is a multi-genre entertainment and comic convention that features comic books, games, arts, movies, pop culture elements and so much more.

PrevPreviousImpact of 4IR to be addressed at Pumps, Valves & Pipes Africa 2019
NextWelcome winter with our special DDPNext
On Key